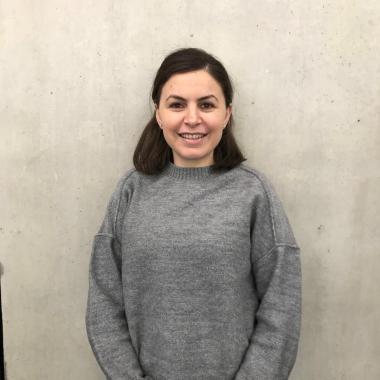 Connect with me
Westminster Research
I'm part of

I obtained my degree in Electrical and Electronics Engineering from Eastern Mediterranean University, Cyprus with high honours in 2006. I completed my MSc degree in Engineering and Physical Sciences in Medicine at Bioengineering Department, Imperial College London and continued to do a PhD (2008-2012) at Hammersmith Hospital, Imperial College London investigating the effects of dietary fibres and natural compounds on body fat distribution and metabolism using techniques such as preclinical MR imaging and spectroscopy. During my PhD, I have also developed a novel biodelivery system of natural compounds to liver and tumours.

Following my PhD, I worked as a Research Associate at Hammersmith Hospital furthering my research on natural compounds and their effects on fat metabolism. In 2014, I joined then newly established Research Centre for Optimal Health at University of Westminster as a Research Fellow. My research was focused on adipocyte differentiation and cancer metabolism. I have been optimising the metabolism of adipocytes to reduce lipid deposition and cancer cells to reduce proliferation, by natural compounds.

In 2018, I have joined the Health Innovation Ecosystem at the University of Westminster.

I gained my PGCert from the University of Westminster in January 2018, and became a Fellow of The Higher Education Academy in May 2018.

I have a special interest in mitochondrial function and its effects on health. My current research involves the utilization of mitochondrial bioenergetics as a biomarker of health.