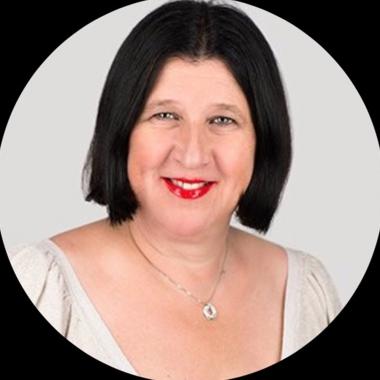 Dr Zorica Patel joined the University of Westminster in 2005 initially as a Visiting Lecturer. She became a Lecturer in 2010 and a Senior Lecturer in Occupational and Organisational Psychology in 2012. She teaches a range of undergraduate and postgraduate modules at Westminster Business School. In addition to her academic work, Zorica has a substantial interest in personal and professional development and she has obtained training in areas such as executive coaching. She has achieved the status of Chartered Occupational Psychologist in July 2012, and joined the Register of Coaching Psychologists in September 2012. She acquired the role of the Employability Director in the School of Organisations, Economy and Society in 2018.

In previous employment, Zorica gained experience in both the private and public sectors. She worked in various export-import companies and in local government before commencing her academic career.

Zorica is engaged in continuous Professional Development on an ongoing basis. This involves attendance and presenting at the SGCP and DOP Annual Conferences, as well as various workshops organised by the SGCP Events team where she acted as a Co-Chair.

Zorica has acted as a Committee member for the Division of Occupational Psychologists Professional Practice Event held in April 2008 and Conference Convenor for the BPS Psychology for All Conference in March 2011. She has successfully organised the BEEPG Annual Networking Events from 2007 to 2012.

Zorica is regularly attending events of the Psychometrics Forum. She is also a member of the Editorial Board of the scientific journal CIVITAS and can be found on LinkedIn.

Zorica is a member of the School of Organisations, Economy and Society, and is involved in both Undergraduate and Postgraduate programme delivery.  Her main aim is to motivate all levels of students through a participative and interactive learning process. In her facilitative style of teaching, she often utilizes role-plays and encourages students to share work-related experiences in their social learning environments.

Zorica has a broad experience in mega-module leadership, being the Deputy Module Leader of the core 3rd year module Strategic Perspectives – BKEY601 (with a team of large number of academics - over 25, and students - over 1200) for five years. Zorica previously lead a 2nd year module - Applying the Tools of Positive Psychology to Business - BHRM507.

She is responsible for the preparation, delivery and assessment of the following modules:

Zorica's additional responsibilities involve the supervision of postgraduate projects in MA in Human Resource Management and MA in Management Studies. Her role is to develop and maintain a good relationship with the students helping them to achieve their best, by offering support and advice regarding the structure and the methodology of their dissertations.

Zorica has completed her Professional Doctorate in Occupational Psychology at the University of East London in 2019 with the thesis 'Talent Management Practices in Organisations'.

Other research interests lie mainly in the areas of:

She has completed the Springboard Women's Development Programme for Researchers in 2015.