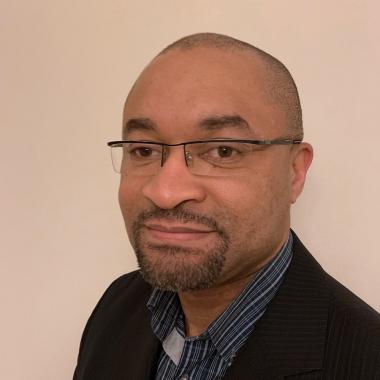 I have previous teaching experience in English Language and Linguistics at various United Kingdom institutions of higher education and the University of Westminster. Currently, I teach at undergraduate and postgraduate levels in a variety of areas.

My research interests are in sociolinguistics and the sociology of language, language variation and change, bilingualism, and world Englishes.

I have investigated and presented a systematic and coherent synchronic account of the language choice patterns by Ikwerre-Nigerian Pidgin English (NPE) bilinguals in Port Harcourt City, using a variety of methods including ethnographic participant observation, face-to-face language use interviews and matched guise experiments. The findings of this study have been published as monographs and journal articles: Ihemere, K U (2006) A basic description and analytic treatment of noun clauses in Nigerian Pidgin in the Nordic Journal of African Studies Vol 15(3); Ihemere, K U (2007) A Tri-Generational Study of Language Choice and Shift in Port Harcourt; Ihemere, K U (2009) Revisiting the Issue of Language in Education Policy and Mother Tongue Medium of Instruction in Nigeria in the International Journal of the Humanities Vol 7(3); Ihemere, K U (2010) Some Code-Switching Practices in Port Harcourt: Code-Switching as a Linguistic Resource in the International Journal of the Humanities Vol 8(1).

In February 2017, I received funding from the Departmental Research Management Group to undertake fieldwork in Mauritius for the project: A Sociolinguistic Study of Language Use, Attitudes and Shift in Mauritius. This study focuses on presenting a systematic and coherent synchronic account of the language use predilections of the Bhojpuri people of Mauritius. The Bhojpuri are part of the Indo-Mauritian ethnic group, who make up 68% of the Mauritian population. However, according to the 2011 Mauritius census, there was a decrease in the use of Bhojpuri at home; it was spoken by 5.3% of the population compared to 12.1% in 2000. This represents quite a significant change in the language use pattern within this community of speakers in such a short space of time. Therefore, the proposed study, the first of its kind on the island, will seek to uncover the factors motivating this reported ongoing change in the typical language use pattern and the concomitant impact on issues of language vitality, identity, attitudes and the education of the younger members of the community.