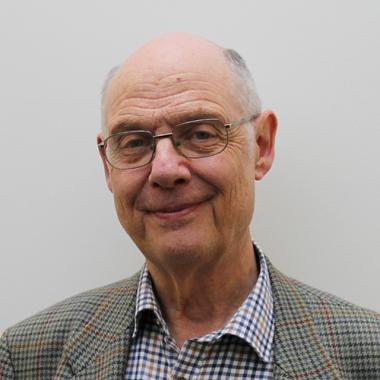 Hugh Goodacre joined WBS in 2004 as a Visiting Lecturer; in 2005 he was appointed to a 0.5 position as Lecturer, and was promoted to Senior Lecturer in 2006. He is, concurrently, a Teaching Fellow at University College London, and an Affiliate Lecturer at Birkbeck College, University of London. Previously, following his graduation from the University of Cambridge, he worked in industry, and then, from 1972 to 1996, at the British Library, where he was a curator of books and manuscripts in the Asia, Africa and Pacific department.

European Society for the History of Economic Thought

Talk on "The first economic policy proposal: William Petty and the origination of the practice of the economist." 14th Conference of the European Society for the History of Economic Thought, on the theme "The practices of economists in the past and today". University of Amsterdam, 25-7 March 2010.

Talk on "Technological change and economic analysis in early modern English economic writings." 13th Conference of the European Society for the History of Economic Thought, on the theme "Technological change and economic analysis". Economic Departments of the University of Macedonia and the Aristotle University, University of Macedonia, Thessaloniki, Greece. 23- 26 April 2009.

At WBS, he teaches macroeconomics, and, beginning from the academic year 2010-11, will be teaching a new module on the Development of Economic Analysis. He also supervises masters theses on development and international economics. At University College London, he teaches the History of Economic Thought, and Money and Banking, and has in the past taught The World Economy. At Birkbeck he teaches Financial Institutions and Regulation. Formerly, at City University, he taught Macroeconomics, and Quantitative Methods.

His research interests centre on the history of economic thought, and he is active in Britain and internationally in the promotion of this subject as an element of the research remit and educational curriculum in the wider economics discipline. His particular specialist field is the economic thought of William Petty (1623-87).