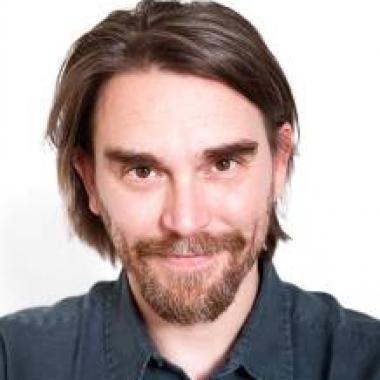 I'm a digital consultant, scholar and results-driven visual strategist with established education and professional experience from Morocco to China.

Since 1994, I have been focusing  on the politics of representation of the Muslim world, and worked in a wide variety of roles to bridge academia with the media industries, with the final aim of producing interactive communication for online projects.

In 2002, I launched my career as a photojournalist and multimedia consultant for private, public and third sector assets.

After a series of funded collaborations with IOM and UNESCO, I was awarded a PhD at the University of Exeter (2014), assessing, both in theory and practice, the ontological shift from the photograph to the Meta-Image, which has become the core of my current research: The Image As Storytelling.

In my 2014 AHRC Post-Doctoral fellowship at the University of Durham, I further developed my PhD findings using a research on the Cairo Tentmakers, to finalise my notion of 'Post-Produced Communication' and of 'The Meta-Image.'

The interactive multimedia project is visible on my online laboratory, as a complementing part to my latest photographic exhibition.  You can download the catalogue here.

I use all available media to impact current cultures, from popular magazines to online platforms, from exhibitions to academic publications and hands-on workshops.  As a recipient of a variety of grants and scholarships in support of my independent projects and academic collaborations.  The latest one focuses on the production of the mobile App of 'The Meta-Image' through a generous fund of the QHT in collaboration with the University of Westminster.

Among many collaborations, between 2014 and 2016 I taught at the School of Oriental and African Studies (SOAS - University of London) the module I devised on Contemporary Visual Cultures of the Middle East.

In September 2016 I was employed at UoW to contribute to a developing Digital and Interactive Storytelling Lab for a new MA starting September 2017.

In the meantime, I re-wrote and I'm delivering UG and PG modules on Creativity, Journalism and Project Management for the Media Industries (more details further below).

My current focus of research is on The Image As Storytelling (see the Research tab), as a practice-informed framework of analysis for the renewed role the visual is taking up in contemporary societies.

I'm available to Doctoral supervision on topics of image-based cultures, visual communication, interactive storytelling, aesthetics as semiotics, and on the ethical implications of new media forms and digital formats.

Do not hesitate to get in touch to begin a conversation on the above topics.

THE IMAGE AS STORYTELLING

STRATEGY IMPLEMENTATION FOR THE MEDIA AND CREATIVE INDUSTRIES

The Image As Storytelling

The 1991 Gulf War set – among many dynamics - a new communicative milestone, one that arguably reached us in declinations as diverse and unexpected as today’s 'alternative facts.'

Over these 25 years, I have been exploring and questioning how politics use media strategically both as an academic scholar and a multimedia journalist.  The result of such endeavour is my intellectual research and professional expertise on The Image As Storytelling.

The Image As Storytelling approaches the semiotic shift that analogue media first, and digital ones have later instituted in communication by differently re-combining media forms (i.e. the digital image) with communicative formats (i.e. storytelling).

Crucial, within such a framework, the renewed appreciation of design, to be engaged as an ideologically neutral tool: design in fact is the pivot of each and every stage in digital media production, from pre- to post-production, from montage to targeted policies for media distribution.  As an example, camera settings inscribe the recording of the real before it being not only shot, but even ‘seen,’ and that is indeed one form of design.

It follows that design is not 'that which re-signifies the real,' but what conveys contemporary media production, communication, and signification: it is the core of my epistemology and the ontological quality of my approach to R&D in multimedia digital storytelling.

In order to manage the resulting disjunction of the real from the represented, I have relied on my practice-led PhD research to finalise the Meta-Image: the Meta-Image is here introduced as a digital format nesting vertical layers of stacked information onto a single image (see link below).

Through its digital and interactive qualities, the Meta-Image acts as both a semiotic paradigm and the tool to re-arrange the fields of visual production, knowledge communication and multimedia consumption.

Hence, the Meta-Image responds to the complex and multifaceted communication of today’s personal identities and cultural communities, to strategically manage the un-used potential of social media, and re-centre the truth of facts against their highly disputed coverage.

Here is an example of how the Meta-Image works.